Cafe Equator
2920 Severn Ave.
Metairie, LA
Metairie is one of those towns that butts right up to New Orleans.  Remember how I was just talking about the hundreds of Thai food places I had been to, and wished I had written about each of them?  Well this is one of those hundreds!  Oddly enough this was one of my favorites too.  Because of my flight I had to go for lunch this time, which I don't expect much out of, because restaurants normally just mass produce the Yellow Curry which makes it rarely tastes as good as the "dinner" portion.  Cafe Equator is one exception, I enjoyed the lunch portion just as much if not more than the dinner portion!  One thing I thought was curious was the spring roll they served with the meal, it was served with a sweet and sour sauce (the same sauce that comes out with the Chicken Satay) it was tasty.  As I was eating the Yellow Curry I just kept thinking "this is how Thai food should taste" which is obviously a good sign.  The Satay was exactly how I like it, thin strips of chicken covered in a peanut and curry sauce.  The only thing that could be a little better was the Thai Ice Tea, it was missing something I couldn't put my finger on... maybe more cream.  Oh and maybe ditch the weird "have to spend more than $20 to accept Amex".  I am not considered a regular at this place but I was treated like one, in fact the waitress was telling all of her regulars in my general vicinity that she was headed out to Thailand and how excited she was, she included me in with the conversation.  The atmosphere of this place is amazing, the decor, the accessories, and of course the people.  We need more Cafe Equators around this country.

I didn't get the exact prices on this one... but my total bill for Chicken Satay, Yellow Curry (lunch size), and a Thai Ice tea came to $18. 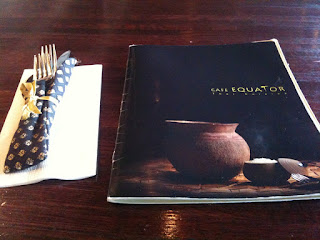 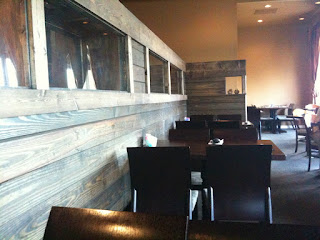 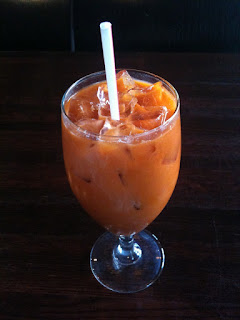 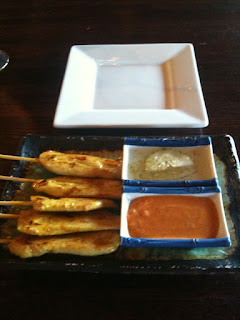 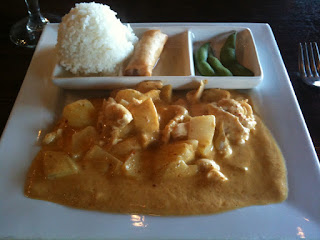