Thai Chili
3641 E Baseline Rd
Gilbert, AZ
This was one of the first places we used our $10 off $20 gift certificate and they accepted it pretty good... at first he didn't really know what it was, but after they verified it, they seemed happy.  One of the first things I noticed when we first arrived was the decor... it felt very classy and authentic Thai.  The second thing I noticed was that they actually called the Yellow Curry by its real Thai pronunciation "Gang Ka Ree" which I really liked.  Something interesting to note is that the server was a white guy, which I rarely see in a Thai place.  The service was great and all the employees were genuine and very nice.  From where we were sitting we could see the kitchen and noticed an old Thai lady doing most of the cooking with a couple other assistants (non-Thai assistants).  The Gang Ka Ree was excellent, it had a very rich thick sauce.  It also had tomatoes, which I found a little odd.  We got the sampler appetizer plate which had a lot of fried foods on it, not my favorite thing, but the one Chicken Satay with peanut sauce I tried was great.  The Thai Ice Tea could have been better, it seemed like the Ice Tea they used was low quality, but I could be wrong.  I always appreciate it when a server takes the time and talks to us about the food and this particular server did.  He told us that the recipes were a long time family tradition of the Thai lady cooking in the back.  He also said that she really babies her Curries, which completely showed.  Another oddity of this place was the owner, he looked and sounded Indian, which was another something I had never seen.  I think I saw a total of 4 different ethnicities... it sure was culturally diverse!  The diversity definitely did not take away from the quality of the food, which was a great surprise.  The music being played was not Thai, but a nice Jazzy background music.
The prices were $8.95 for the yellow curry, $6.95 for the Satay, and $2.25 for the Thai Ice Tea.
Food: 8
Atmosphere: 9
People: 9
Total: 26 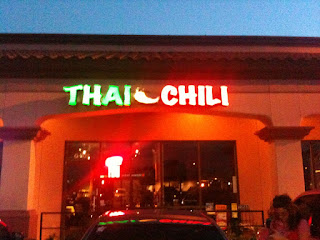 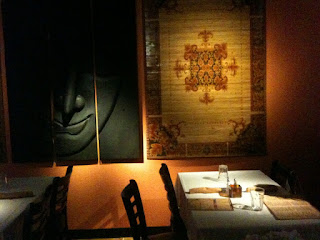 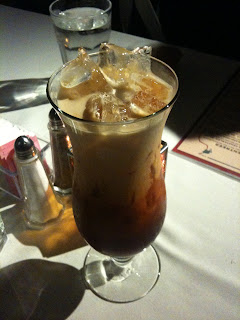 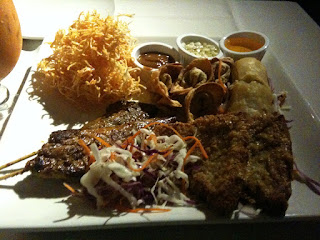 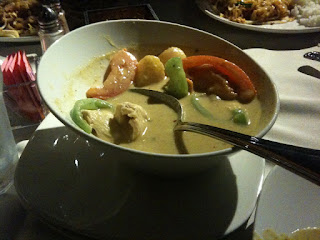