Siam Cuisine
265 White Bridge Pike Ste E
Nashville, TN
Very cool decor was the first thing I noticed at this place.  The ambient light was red and the walls were red, everything jived really well.  The seating was also really clever, one side of the table was against a wall, the restaurant provided a pillow to put against the wall for a comfortable seat.  The second thing I noticed was that the restaurant was half full... always a good sign.  Obviously the first thing I look at is the "Curries" section of the menu, which I soon found did not have Yellow Curry listed, so I asked the waiter and he pointed it out to me on the "specialties" part of the menu, another good sign.  After all these good things I took one taste of the Thai Tea and it was terrible, I didn't even drink the whole thing, and I RARELY do not drink my entire Thai Ice Tea.  When I am out of town eating alone at a new Thai place I like to check out how people are reacting to the restaurant.  At Siam Cuisine a couple of girls across the way caught my attention, they asked repeatedly for their check and it took them 10 minutes to get it.  The restaurant was very understaffed.  As part of the 'special' Yellow Curry I ordered they brought out soup and salad, both were just OK.  They put avocados in the Curry, which sounds like a fresh new idea... well if the avocados would have been ripe, that may have been the case.  The avocados were not ripe and hard, it did NOT work with the Curry.  Another thing I noticed about the curry that was a good idea in theory was the potatoes wrapped in chicken.  At first I just thought the chicken was dry then I noticed what was going on and I though "ohhhh, cool idea"... but again... it didn't work. 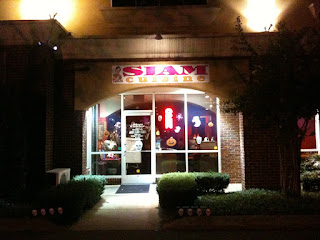 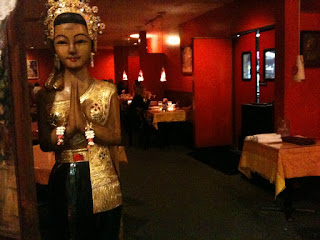 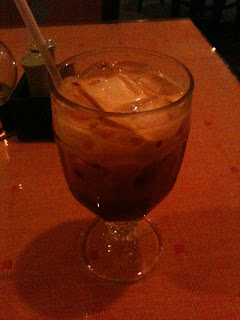 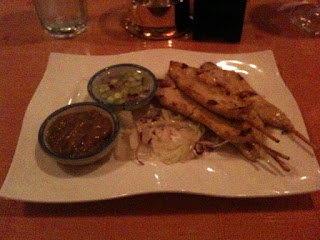 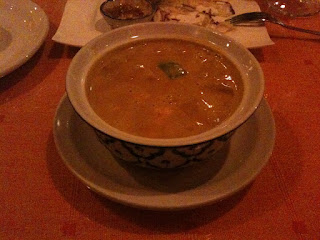