Thai Pepper
1806 Russell Pkwy #1100
Warner Robbins, GA
Thai Pepper is a restaurant that demonstrates my insane drive to find the best Thai Food in the country.  I was doing some work in Macon, GA and there was only one thai food place in town, that I could find anyway, and so I drove 45 minutes down to the next city that had a thai place.  My first reaction, which ended up being incorrect, to this place was "ugh fusion".  A big sign on the front of the building said Thai and Japanese food, usually an indicator that they don't do either very well.  I was pleasantly surprised to see that they had my trio, even though it was a fusion place.  The first thing I tried at Thai Pepper was the salad with their ginger dressing... it blew my socks off.  The waiter came around later to tell me that it is so popular they started selling it by the bottle.  It was so good I asked for another salad, which they didn't charge me for... pretty cool.  The Thai Tea was very sweet, almost like it should have been a desert, it was delicious though!  The Satay was decent, it was cut into bite size chunks, made it easy eating.  The peanut sauce went very well with it, but the sweet cucumber sauce did not.  The Yellow Curry was delectable, it had a very mild taste, not in amount of spice, but curry flavor.  I noticed the owners came out and greeted some of their regulars, they treated them like royalty... I like seeing that.

They didn't take American Express, I hate that!  I think it demonstrates cheapness, but the food didn't seem cheap, so take that for what its worth.  The Thai Ice Tea was $2.00, the Chicken Satay was $5.95, and the Yellow Curry was 9.95. 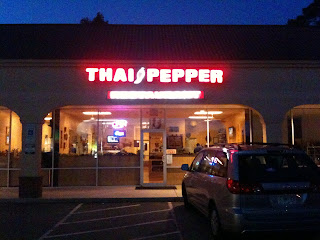 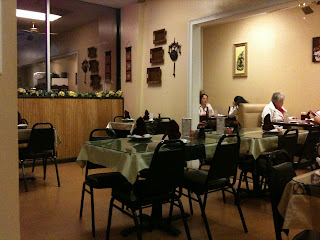 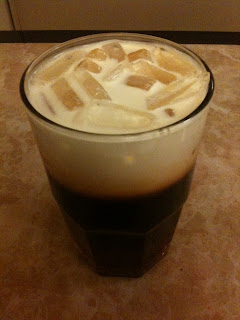 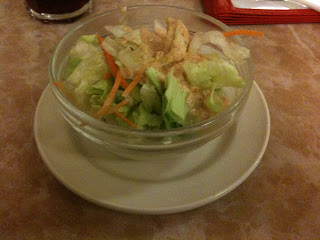 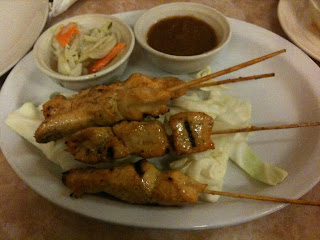 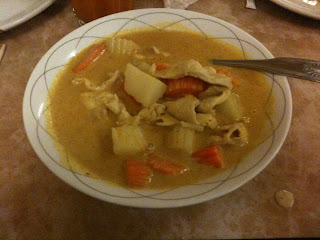