Chao Praya Thai Cuisine (which means "king of the river")
3588 Ridgeway Road
Memphis, TN
It is a weird thing about the price of chicken satay, some places it is less than 5 bucks, some it's closer to 8, except at Lemongrass A Thai Bistro, it's basically the same dish.  Click on the link to read an example of a terrible customer service experience.  Chao Praya had really nice decor, I'm pretty sure they must have hired an interior designer because the colors and style were amazing.  They laid claim on their door that they are the most authentic Thai restaurant in Memphis, I will put that to the test... just kidding... I couldn't tell you if it is authentic or not, I've never been to Thailand!  We are going this or next year, so I will post about the trip when it happens.  Great music was being played while I was there, seemed Indian/Thai, I appreciate a good Tambura based song while I enjoy Asian spices.  The location was in a little dedicated Asian goods strip mall, which is always a good sign.  The Thai Iced Tea was decent, it had a long after taste.  The chicken Satay was thicker than I like, the reason I don't like the chicken thick is because most of the time the flavor doesn't penetrate all the way through.  The accompanying sauces were exceptional though.  The yellow curry was called something different than Gang Garee, it was Gang "----" I asked the tatoo'd white kid with little personality that was serving me and he had no idea.  I was the only person in the entire restaurant the entire time.  The Yellow Curry tasted like a watered down version of most Yellow Curries, it's like they added too much chicken broth.  It came out way too spicy and I ordered it mild/medium. 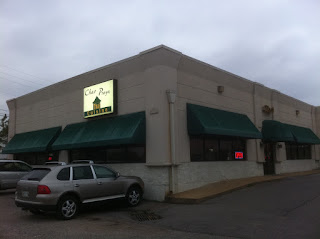 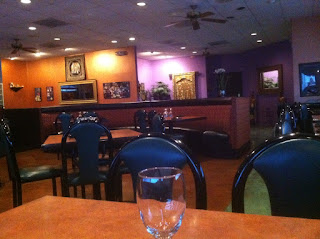 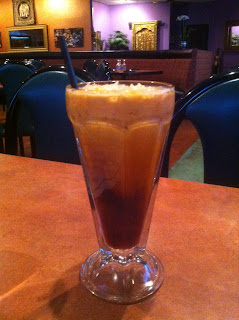 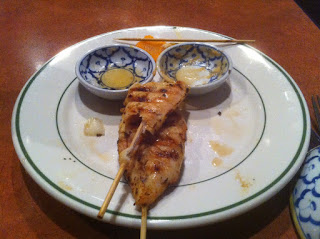 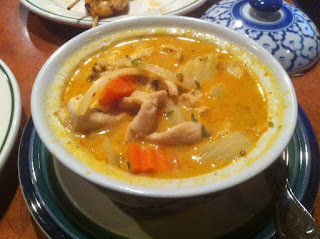