Siri Thai Cuisine
367 Prince Ave #1
Athens, GA
I actually travelled with a friend this trip which is always nice... normally I fly solo.  I was introducing him to Thai so I was hoping this place would be up to snuff, especially because of how I hype Thai food.   Authenticity went right out the window when we walked in, there was Christmas music playing!   I love when a place explains the origins of Thai food and this place did just that.  The menu contained a neat explanation about how modern day Thai food in the US is a fusion of a lot of different Asian countries, but primarily a descendant of the Thailand street food.  The Chicken Satay was pretty bland without any sauce, not a good start on my mission to hook my buddy on Thai food.  The Yellow Curry contained a lot of vegetables in it and the squash and brocolli flavor really came through too much.  I like to appreciate the flavors of the Curry not vegetables, if you want to give vegetables, maybe try putting it on the side.  The Thai Tea was boring as well, but that was one thing my friend liked about his meal, so I guess in that aspect it was a success.  I could tell at the end of the meal by his "it was OK" comment that he didn't really dig it too much... I failed.  The building was wild, it had two stories, apparently we went in the back door because we entered to find an empty second story with nobody to greet us.  After a confused 15 seconds we walked over to the staircase and saw all the people below. The waitress was Thai but had an unremarkable personality... which was another something that turned my friend off.  I always brag about those two things, the food and the people... Siri Thai failed on both. 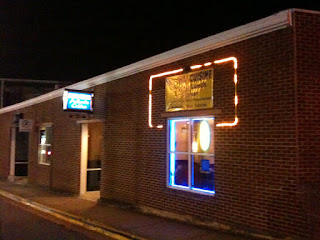 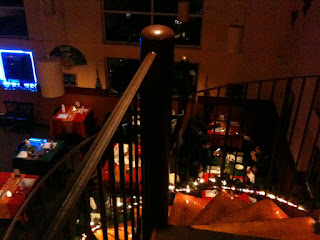 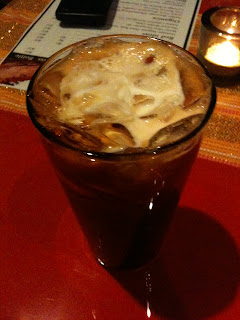 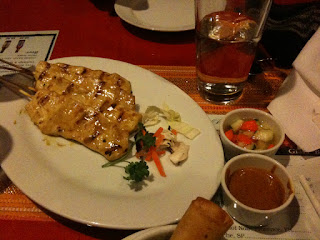 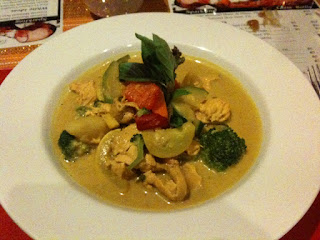