The decor was pretty generic but the people were nice. One of the first things I noticed was the cook, he looked like a white guy and he had a Mohawk. The waitress girl stood and watched the lobby TV for a couple minutes, I don't blame her, there were only 3 groups dining, but still a little unprofessional, I would understand only if it was the Jersey Shore. Another awkward thing that happened was the boss man reaming my waitress over a to-go order she was taking over the phone, next time boss man better take her in the back to give a scolding. I overheard a lady as she walked out saying "it was as delicious as always". About 5 minutes later the table next to me said something similar, if I didn't know better I would have thought they staged it for this review! I asked for a 2 out of 5 in the heat department and my meal came out hotter, it was borderline uncomfortable, I actually broke a sweat. I seriously couldn't imagine what 5 out of 5 would have been. I couldn't really tell you about the taste of the dish, I can tell you the curry sauce was more of a soup than a sauce, very thin. It looked like it was a chicken broth base instead of coconut milk. 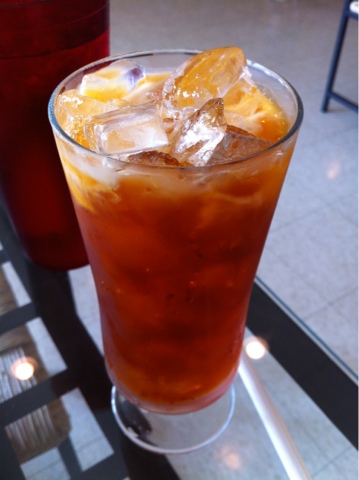 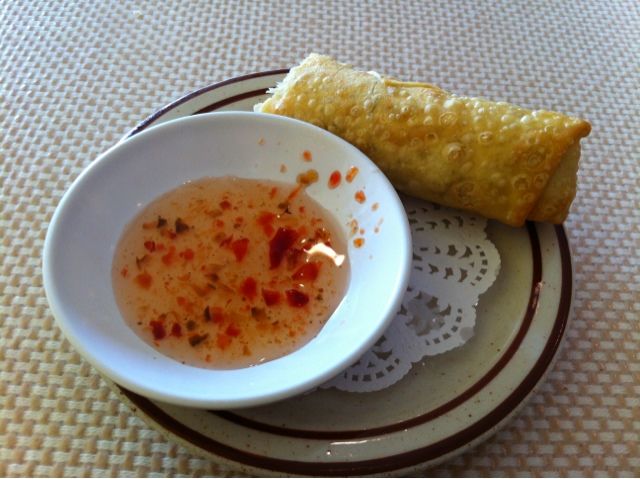 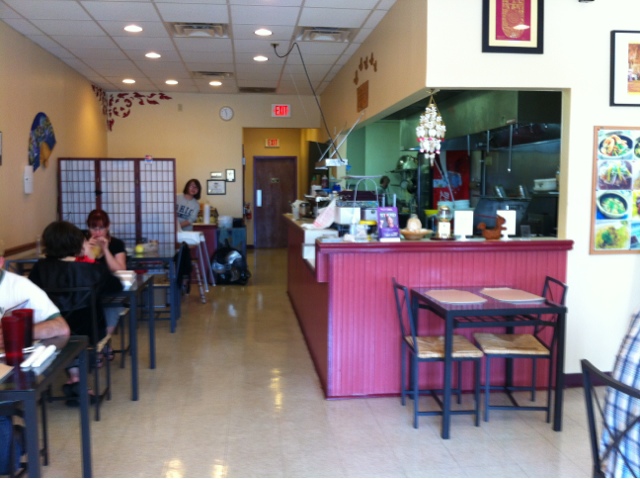 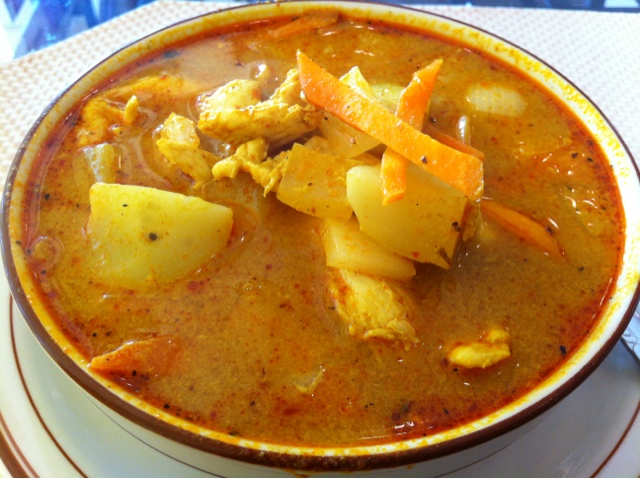 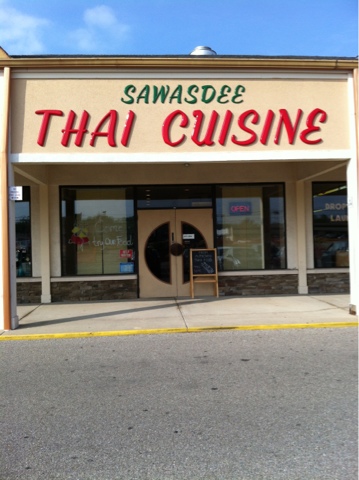