This place is a small hole in the wall, and not in a bad way, when I got in the guy was blasting a YouTube video of sweet Thai music, I dug it. The guy behind the music shenanigans was right to the point kind of guy. They really touted the whole BYOB thing. It seems like that is a big thing here, I noticed in some of the other Thai Restaurant Reviews that people are into that. After the meal I realized he was one guy that did everything, server/cook/cleanup crew. After reading the Yelp reviews I started getting excited. The decor was eclectic, but one nice touch was the Patrón tequila bottle full of soy sauce on my table. He gave me three egg rolls even though I ordered two, he said he would only charge for two, he was turning out to be a nice guy. So He tole me his name, it was Sammy, so he sat down and talked with me about stem cell research and politics for about an hour. I hate to say, but the flavor on the Chicken Yellow Curry was off, it didn't make me feel warm inside like curries normally do, good thing I had the conversation to make up for it. 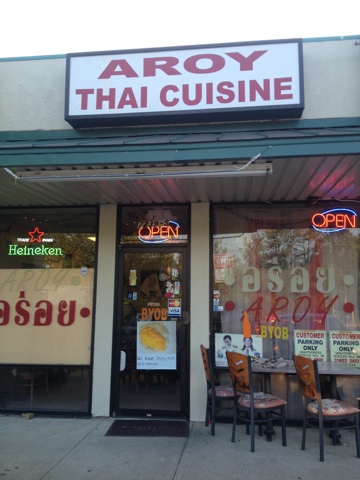 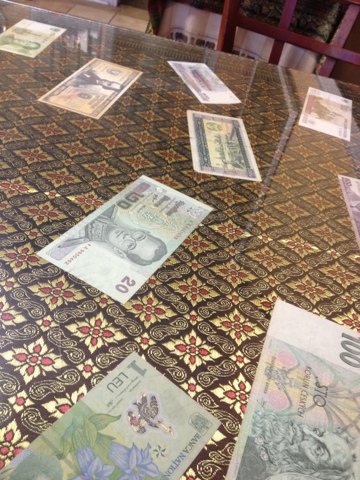 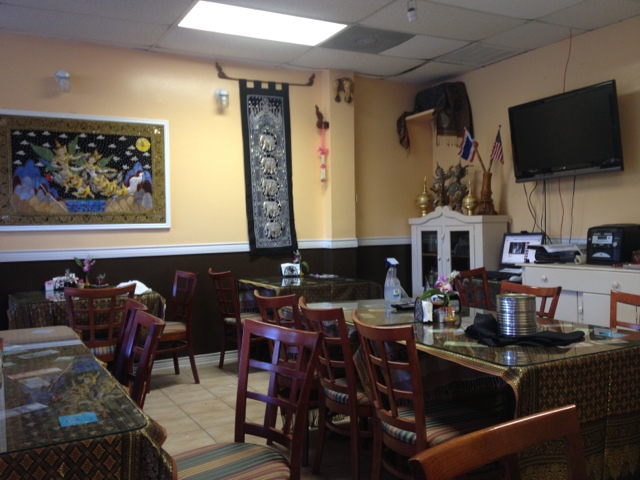 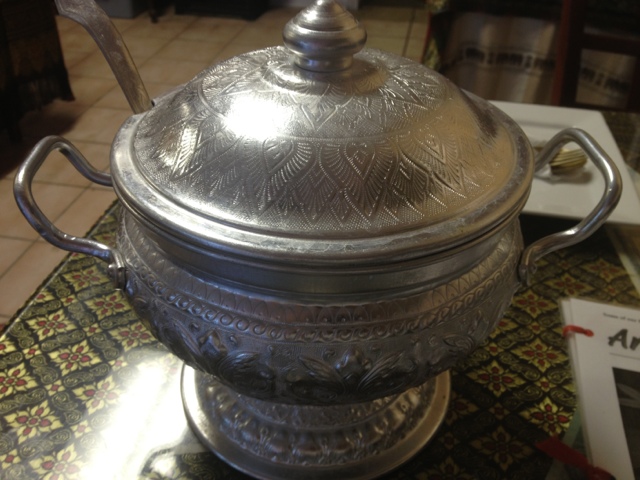 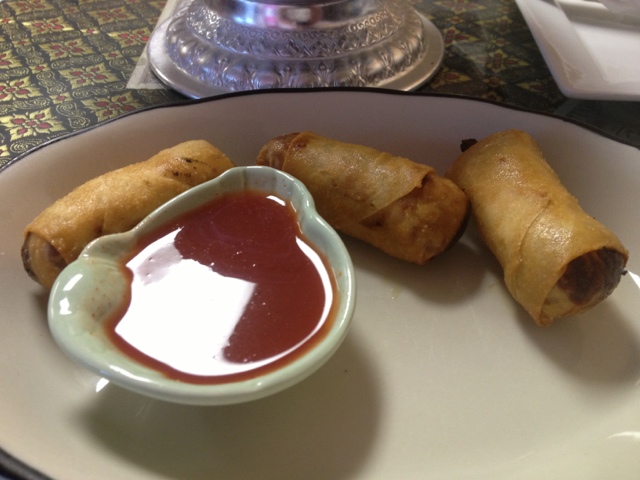 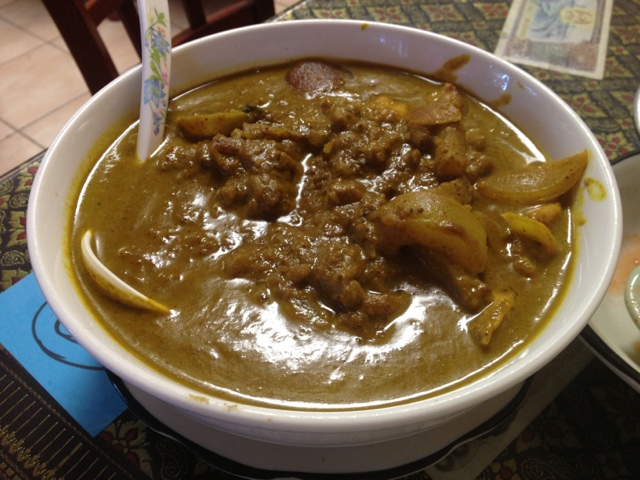